Vintage Vinyl Records Sizes & Types – A Guide to Your Collection The vinyl record has made a huge comeback. From its warm sound to the thrill of digging in record stores for rare LPs, folks are still finding value in this once-fading format.

We won’t tackle the ‘vinyl vs. digital’ debate today, but you might want to convert vinyl records to mp3 for the sake of backing up your collection. If you’ve collected a variety of sizes over the years, identifying what type of vintage albums you have is a good place to start as you think about tackling that project.

If you’ve ever asked yourself, ‘What kind of vinyl record do I have,’ we have the answer!

Records come in a range of different flavors based on competition and consumer tastes. The most common sizes are seven, 10, and 12 inches in diameter, but size isn’t the only way to identify what kind of vinyl record you have.

A better way to group these discs and tell them apart is the speed (in revolutions per minute, or RPM) at which they spin while playing on a turntable. There were lots of speeds on the market from the late 19th century until the 1920s, when the recording industry agreed on the 78 RPM standard.

Right before 78 RPM records – ‘78s’ – were standardized, most discs were already recorded and played back at speeds from 70 to 80 RPM. Most 78s were actually made out minerals and cotton fibers held together with a resin called shellac. Shellac records are far less durable than the younger vinyl generation, so many surviving 78s tend to be rare and their playback quality is greatly diminished over time. RCA Victor released its 45 RPM record format around 1950, roughly the same time that 33s were unleashed. Despite using the same microgroove technology, 45s were often called ‘singles’ because each side normally held just one song. Since these vinyl records often stored popular radio hits, they also found their way into jukeboxes back in the day. Though less common, some vinyl records from the 1960s and ‘70s were made with extremely narrow grooves and played at super low speeds for maximum recording length. Formats like 8⅓ and 16⅔ RPM discs could fit 90 minutes to 180 minutes, respectively, but they were mostly used for non-music recordings. The grooves on these discs are only wide enough to record the spoken word and not the range needed for high-quality music.

Risks to Your Vinyl Records:

Since shellac and vinyl records are analog music formats, they’re both susceptible to physical and chemical damage from dust, scratches, sunlight and heat. Shellac is more brittle than vinyl, so these older recordings are more fragile. Dust in the grooves can also compromise audio quality, producing more crackles and pops when they come into contact with the needle. Those audio ‘artifacts’ contribute to the ‘warm’ sound that record collectors love. 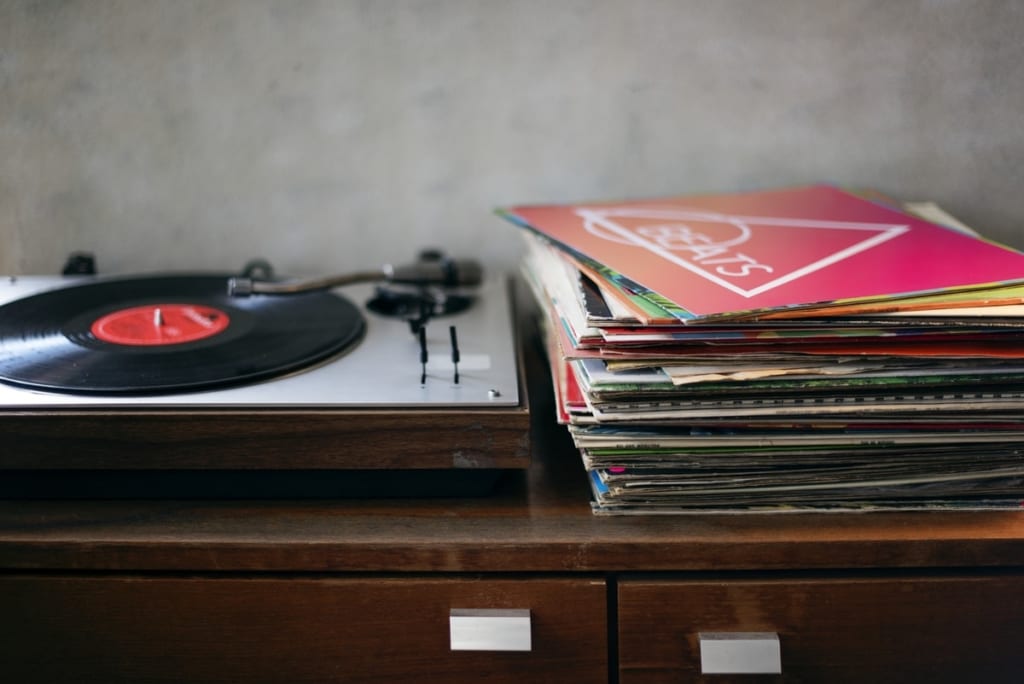 What to Do with Your Vinyl Records

Of course, you can play records with a turntable – provided you have space for the player and don’t need anything too portable. Not all turntables play all sizes, especially the 78s, so you can go for an all-in-one record player like this one.

But for on-the-go enjoyment and preserving your rare audio recordings, you should at least consider backing up your vinyl to digital before the physicals are too damaged to play.

Digitizing your music can bring these hits into the modern age, and the digital files will retain some of that classic fuzz since the records still need to be played through a turntable. You can get one that’s made to convert analog to digital, or get a basic turntable and connect the headphone output to a separate audio converter. Then connect your digital turntable or converter to a computer (or even a mobile device) to store and edit your music before you transfer to CD or USB flash drive.

Once you transfer records to digital, you can store your sounds as either compressed MP3 recordings that save space or larger WAV files that hold more audio information but take up more disk space. The relationship between recording time and file size depends on the quality of the digital file. EverPresent delivers high-quality MP3 and WAV files, so the chart below is based on our own audio quality standards.

While you can follow the steps above to transfer vinyl records to digital, we’re happy to digitize your music if the DIY approach isn’t for you. Part of vinyl’s appeal is the physical nature of the format, but to enjoy these songs on the go – and preserve rare cuts of your favorite tunes – converting to digital is your best bet. Get in touch with us today for more info!